Dump Your Ex! Do you ever describe your religious identity by what you are NOT?

07 Dec Dump Your Ex! Do you ever describe your religious identity by what you are NOT?

Posted at 21:14h in Uncategorized by Dr. Jennifer Manlowe

My mentor and spiritual friend (whom I’ve yet to meet in person), Richard Rohr encouraged me to “dump my ex.”

In his latest meditation, he invited me to reflect on what trashing my spiritual past might do to me as a person. After all, doesn’t my historical context inform my present perspective? Isn’t it the mulch that’s made my garden so colorful and lush?

Still, Rohr makes me wonder: “Is it always wise to be inclusive rather than exclusive when articulating beliefs? Is it always adolescent to define ourselves by what we are NOT?

Is there ever a time when we need to stand against the religious tradition of our youth precisely because, in the end, we felt (and continue to feel) hobbled by its most phobic dogmas?

Let’s be honest, we do have oodles of evidence that most traditions around the world purport teachings more oppressive to women than liberating. Misogynous ravings can be discovered in almost all “sacred” scriptures that were founded by and mostly for men.

While taking an all-or-nothing stance may sound retrograde, there are times when it makes sense.  When talking about the Salem Witch Trials or The Holocaust, for instance, we should have an attitude of Never Forget the deathly power of these aggressive practices in the name of Christian purity. But, might there be another way of seeing the past that includes the most small-minded elements of history? 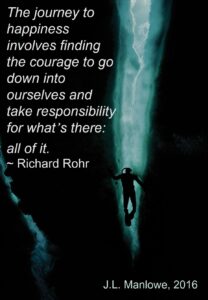 In the late 1980s, when I was in Seminary at Princeton prepping to become the first ever Catholic female priest, I needed to stand against the religion of my childhood that declared, “Roman Catholic females will NEVER be priests due to the fact of Apostolic Succession — because none of the apostles were female.”

I needed to challenge the fact that beliefs like these are neither facts nor are these gender-exclusive claims unique around the globe. As such, we should bring to light the repressive power of these patriarchal traditions where women do not hold equal value.

Richard Rohr, a feminist-friendly white man, and Democratic Socialist contemplative invites all of us to consider entertaining the idea that our own religious — or anti-religious — identity might be “worth seeing” as Proust says “with fresh eyes?”

In a recent reflection, Rohr made his points by starting with a person who has inspired him. He writes:

David Benner has been a part of several Christian traditions over the years, including fundamentalism, evangelicalism, and now contemplative Anglicanism. Of the spiritual journey Brenner writes: 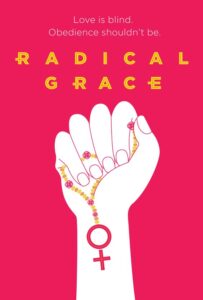 Identifying and embracing your lineage is an important part of any pathway to greater wholeness because it involves remembering your own story. All the parts of your journey must be woven together if you are to transcend your present level of consciousness.

Benner comes to see that mining his past helps him grow beyond what had limited him for so long. He writes: I did not want to be an ex-evangelical or an ex-fundamentalist. Too many people live that life of dis-identification, and I did not want to share their anger and “stuckness.” It was essential, therefore, for me to identify and embrace the gifts that had come to me from these traditions.

This was the way in which I came to know that everything in my life belongs, that every part of my story has made important contributions to who I am. The same can be true for others.

When Rohr speaks about the failings and limitations of the Roman Catholic church or of any ultimately exclusive religion, he’s not throwing out the important beginning stages of moving from narrow to broadening faith. Rather, he says, “Rules have relative importance as scaffolding, but they are not the building itself. We don’t need to continue protecting the scaffolding once it’s served its purpose. But we still honor and respect it.”

Clarifying conversations can bring forth the best you have to give your current context. Without your creative contribution, there’s a big hole in the grand puzzle of life.