Will Writing Help Me Identify My Purpose?

27 Oct Will Writing Help Me Identify My Purpose?

Posted at 23:54h in Uncategorized by Dr. Jennifer Manlowe 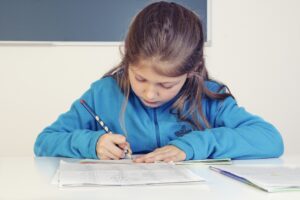 I began writing to vent…

When I was young, I wrote in a journal almost every day. Not every kid has a ton to say in a diary but some do. In my case, I had a lot to complain about with my parents’ nasty divorce. I felt stuck with a new stepfather whom I saw as an interloper in our happy little “remainder” family — my mom, three siblings, and me. Most of my writing at the time was of a ranting variety. Not much clarity came of it; “Diaries” as Margaret Atwood says, “are meant for an audience of one.”

As a teenager, my writing took on a different hue. I wrote to explore my vexed relationship to my faith as a Roman Catholic. I wrestled with a tradition that refused to allow girls to be altar “boys” or women to be ordained. In spite of these baffling messages, I felt drawn to the priesthood for more than a decade.

Over time, I questioned the calling, myself, and the god behind it. Not only was I heartbroken but, without the possibility of becoming a priest, I felt lost. My heart to lead was not stopped by a glass ceiling, it was trapped in a locked vault where only certain males held the key.

Through my teenage writing, I discovered that I did not need to be a priest, I could, instead, become a saint! — the ones that most closely followed Gospel teachings to help the poor, orphaned, imprisoned, widowed, and the outcast.

As I look back over those adolescent journals, I see a very confused young woman who wondered how she could ever feel purposeful as just an ordinary kid. She worked so hard to be good but could never win the approval of such a parsimonious God. 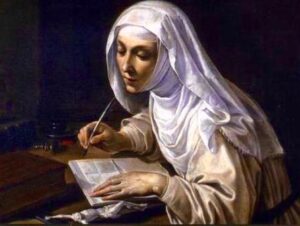 Writing as a calling…

Flash forward through college and graduate school (at Princeton Seminary) and you will see a form of writing that looked angry at the God of her tribe. Writing gave me a vehicle for rigorous disentangling; it allowed me to interrogate a troubling framework for living that no longer worked for my emerging self.

Upon graduation, I called myself a Feminist like Mary Daly and a Liberation Theologian like Franciscan priest Richard Rohr, OFM. Both mentors taught me that none of us is free until all are free. They made my work in the world burst forth from my resentments at the restricting world I knew as a girl.

Writing seemed to flow when I had a narrow target to hit but without one, I felt parched. Now, I’ve come to see that vituperative writing never satisfies for long. It never challenges me to take the next leg along the path. Such writing came from what I did NOT want vs. the kind that uncovered my deep desires.

Finding our purpose through writing may, at first, come from exploring what we don’t want but asking ourselves what we DO want can be a shortcut along the way. 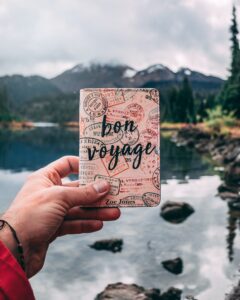 Think of a voyager who keeps looking at maps to places she does not want to go. Will that process help her set out for the high seas with a particular destination? Or will she remain frustrated and lost?

No wonder I felt stuck in the cement of my past; I didn’t know how to focus on where I wanted to go.

When I began seeking examples of people that inspired me, I found they often used two things to help them prepare for their next trip to uncharted territory. They used writing for clarity’s sake and a mentor who showed them how to get there.

By using skillful methods to uncover my truth, I found what enlivens me. What helps enliven you?