Are You Thriving or Just Surviving?

08 Jul Are You Thriving or Just Surviving?

Posted at 17:08h in Uncategorized by Dr. Jennifer Manlowe

Anxiety disorders are the most common mental illness in the U.S.? And there is more than just one type of this illness affecting 40 million adults (19% of the population) over age 18 according to the Anxiety and Depression Association of America (ADAA).

During the time of the COVID-19 pandemic – becoming public knowledge in early 2019 – people had a whole new level of anxiety.

Losing more than one million people to the deadly virus brought on other forms of anxiety, i.e., PTSD, Social Phobia, and Panic Disorder.

Three years later, people are experiencing a whole new layer of stress as they try to re-enter the public domain where COVID strains abound albeit with less deleterious effects for those vaccinated and boosted. 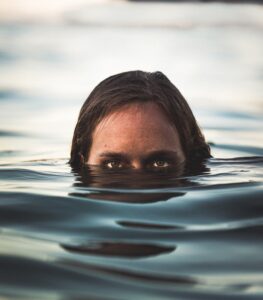 What do you hold onto when you feel like you’re drowning?

Many clients feel as if they are sinking under a sea of hopelessness and struggle to remember how they felt in the 21st century B.C.,  Before COVID.

ADAA facts from the NIMH

Panic Disorder (PD)
– PD affects 6 million adults or 2.7% of the U.S. population. NIMH: Panic Disorders.
– Women are twice as likely to be affected as men.

Social Anxiety Disorder
– SAD affects 15 million adults or 7.1% of the U.S. population. NIMH: Social Anxiety Disorder.
– SAD is equally common among men and women and typically begins around age 13. According to a 2007 ADAA survey, 36% of people with social anxiety disorder report – experiencing symptoms for 10 or more years before seeking help.

Specific Phobias
– Specific phobias affect 19.3 million adults or 9.1% of the U.S. population. NIMH: Specific Phobias.
– Women are twice as likely to be affected than men.
– Symptoms typically begin in childhood; the average age of onset is 7 years old.
– Obsessive-compulsive disorder (OCD) and posttraumatic stress disorder (PTSD) are closely related to anxiety disorders, which some may experience at the same time, – along with depression.

Stress
– Everyone experiences stress and anxiety at one time or another. The difference between them is that stress is a response to a threat in a situation. Anxiety is a reaction to stress.

Post-traumatic Stress Disorder (PTSD)
– PTSD affects 7.7 million adults or 3.6% of the U.S. population. NIMH: Post-traumatic Stress Disorder.
– Women are 5x more likely to be affected than men.
– Rape is the most likely trigger of PTSD: 65% of men and 45.9% of women who are raped will develop the disorder.
– Childhood sexual abuse is a strong predictor of the lifetime likelihood of developing PTSD.

Related Illnesses
Many people with an anxiety disorder also have a co-occurring disorder or physical illness, which can make their symptoms worse and recovery more difficult. It’s essential to be treated for both disorders.

Read on to learn more about the co-occurrence of anxiety and these disorders:

The Agency for Healthcare Research and Quality (AHRQ) finds that almost one in eight of the 95 million visits to hospital emergency departments made by adults in the United States in 2007 were due to a mental health and/or substance abuse problem.

There is good news… 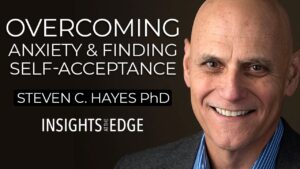 In this video, Acceptance and Commitment Therapy (ACT) founder Steven C. Hayes explains a great exercise to view anxiety from a stance of self-compassion. Self-compassion is a key technique for depowering anxiety and changing our relationship with it. Click HERE to see how this method works for cultivating compassion for your anxious feelings vs trying to “snap out of it!”

ACT is a shorter-term therapy that has been proven effective now in treating anxiety as well as a variety of mental health challenges, including depression, addictions/compulsions, and chronic pain. It is the model I use to work with all the forms of anxiety and stressors my clients face. As a result of using the methods, they have found a renewed sense of vitality, meaning, purpose, and ease of being.

What’s great about ACT is you can “make it your own”. In therapy, you practice the method (points on the symbol move counterclockwise) with whatever anxiety is or has been bubbling up.  It’s a practice, just like meditation, that creates skillfulness and clarity.

I find this model of therapy works as more of a lifestyle or frame of seeing and being with life as it is in an uncertain inner and outer world. 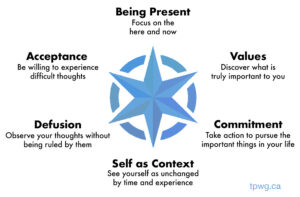 Click HERE to learn more about how I use Acceptance and Commitment Therapy (ACT).